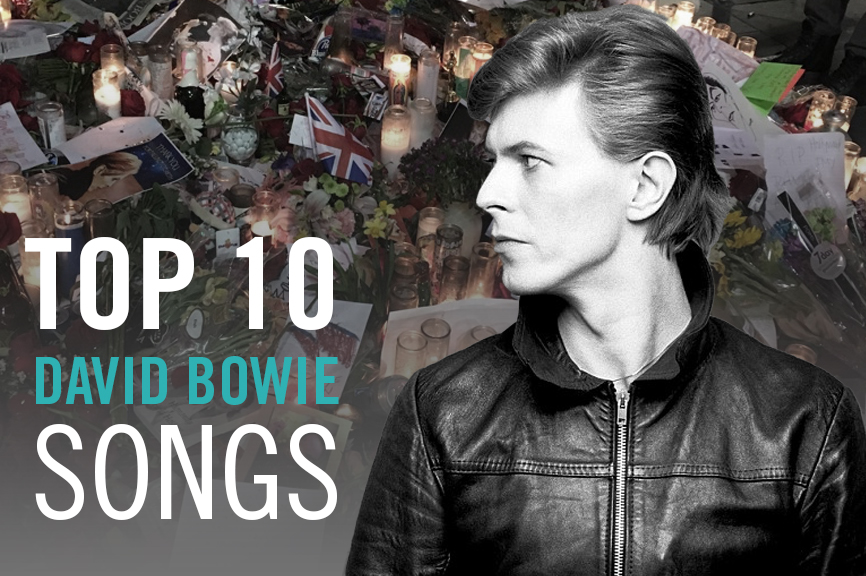 Continuing a week of reflection for the iconic, David Bowie, The Chelsea Tribe reached out to our network of renown artists, from various different mediums / styles, to find out their personal top 10 Bowie songs. It’s worth noting, many of our contributors below have had close, direct working relationships with Bowie himself, and / or they’ve been deeply influenced within their own artistic endeavors by Bowie’s timeless catalog of tunes / film appearances. 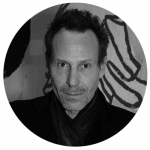 Editor’s note: With Marlon, we didn’t get a Top 10 song list, but rather, he described his emotional introduction to David Bowie and how the music icon influenced his life as an artist.

I was 10 years old, living with my Dad, for the summer, in some shitty rental in Midtown. I had a loft style bedroom. Anyhow, one day David [Bowie] showed up with Jimmy [Iggy Pop]. Whatever! I had just received my first set of oil paints. I studied illustration and graphics at Parsons, so this point is crucial… I was fucking about with the primary colors, David comes in, sees me faffing about and says:

“Do you know about perspective?”

“Can I show you something? “(with a level of adult respect I was not used to)

David laid out, what to me now is, a very basic horizontal line with the umber, then he proceeded to show me right and left angles and point of horizon (I was entranced). They looked like the poplars, which line French rural roads (planted to shade the troops, whilst they marched to war a century prior). We spent 3 hours perfecting those poplars. l learnt more from the “man with the yellow hair” about art than I did in art school. It was because of him I took oil painting seriously, as I didn’t even rate it as a medium then… and still don’t. Anyhow, David gave me the time to help me do what it was that I knew I could do and to me he wasn’t David Bowie, he was a friend of Dad’s who gave a shit, but without him I wouldn’t have considered art college, probably. So, I owe him that… xm 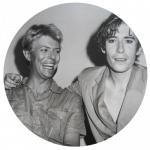 Lead Singer of The Psychedelic Furs 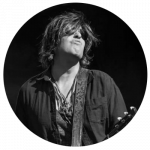 These songs need no explanation.

“What In The World”

“We Are The Dead”

“Chant Of The Ever Circling Skeletal Family” 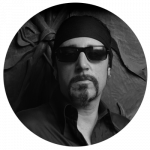 In no particular order.

Editors Note: Danny was kind enough to provide us his “Little Wonder (Danny Saber Dance Mix)” from The Saint soundtrack. Hear it below. 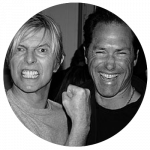 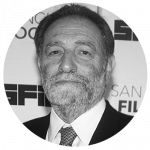 Eric Roth is a screenwriter. He won the Academy Award for Best Adapted Screenplay for Forrest Gump. He also co-wrote the screenplays for The Insider, Munich, and The Curious Case of Benjamin Button. Eric is also Executive Producer for the hit Netflix series, House of Cards.

“Man Who Sold the World” 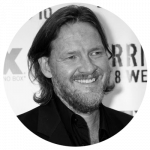 Donal is an Irish-Canadian film and television actor, producer and writer. His notable starring roles include the film, The Tao of Steve, and various television series, such as Sons of Anarchy, Vikings, Grounded for Life, Copper, Terriers, Law and Order: Special Victims Unit, and most recently Fox’s Gotham.

This list is obviously tough. Some of the classics are so great, they’ll be on anyone’s list- because they are slam dunk, all-timers (“Moonage Daydream” / “Space Oddity”), but here it is! 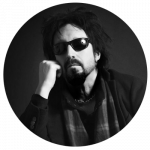 Johnny Indovina is a singer, songwriter and producer. Indovina fronted the band, Human Drama, from 1985 to 2005.

Editors Note: The Human Drama album, Pinups, featured a tribute to Bowie, with the band covering “Letter to Hermoine”. 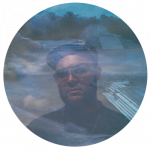 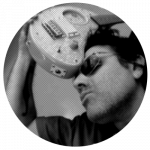 Ray is a punk-rock musician from the bands, The Professionals and Z.I.L.C.H.

It’s endless…but ok…go with these 10, but please put a note that this was a completely impossible list to make… Trying to take clippings off the Venus De Milo. 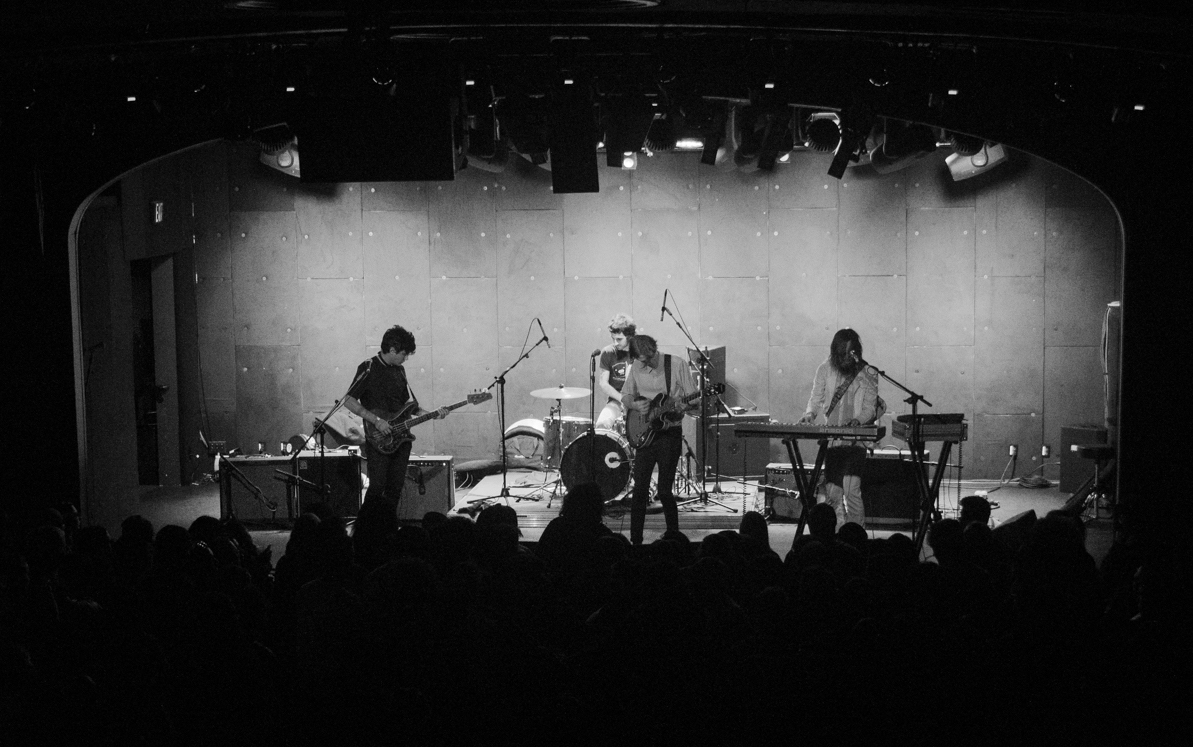 Lolipop Your Heart Out – Live Photos 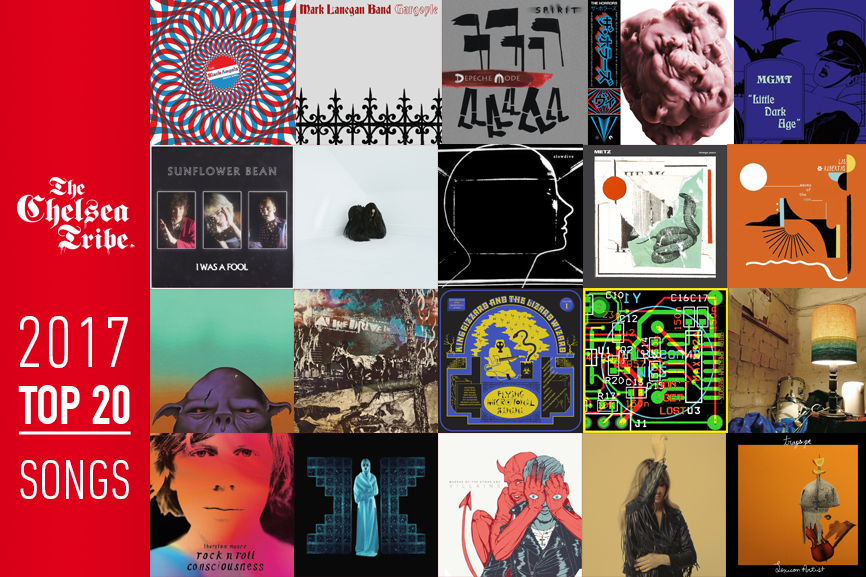